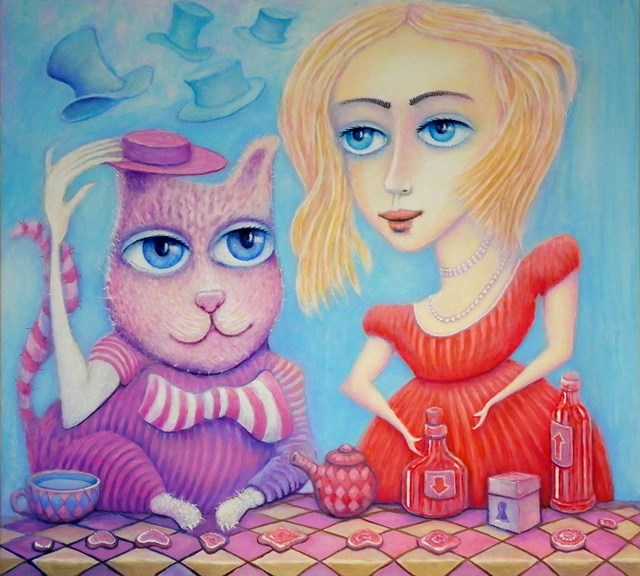 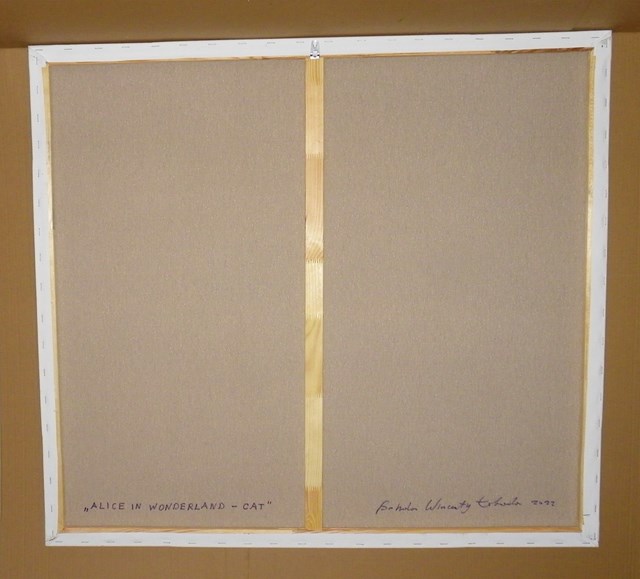 The Cheshire Cat is shown in all its glory (not just the smile itself), while the Mad Hatter has disappeared somewhere and only flying hats are seen.

The character of the Cat refers to some extent (mainly in terms of colors) to the film prototype, but its "weirdness" has been shown by other means of expression.
The teapot and cookies are, of course, the props that symbolize tea at the Mad Hatter's.

The bottles contain the appropriate fluids ("to grow" and "to decline").

The box (casket) is probably from another fairy tale.
This painting can be included in the trend of "anthropomorphic portraits".
Acrylic on canvas. The picture does not require a frame - it is ready to hang.