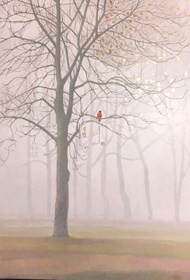 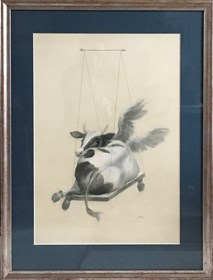 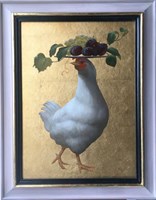 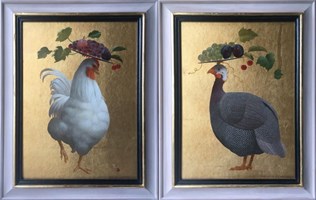 Anna Kozłowska graduated with honors from the Academy of Fine Arts in Warsaw. She educated herself in graphics, painting, poster and drawing. In the years 1981-1989 in Great Britain, she also completed a specialization in painting conservation. As a partner of Jacek Czeczot-Gawrak in The Studio - Conservation of Paintings, she worked, among others. at Hampton Court, Strawberry Hill and Bower House. At the beginning of the 1990s, she reconstructed a huge fresco of the Former Chamber of Deputies at the Royal Castle in Warsaw. In 2012, she performed a trompe l'oeil decoration in a fresco in the Pałac pod Blachą in Warsaw.

Currently, he co-creates the Studio-Architecture & Interior Design studio, which developed the colors of the facade of the Royal Castle (the part from the Vistula side, returning to the one that was immortalized by Canaletto in the 18th century.

In his painting, he uses the experience of conservation and the knowledge of painting techniques of old masters. It also illustrates in watercolor.