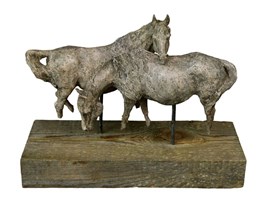 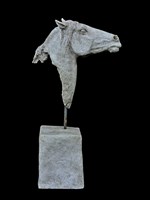 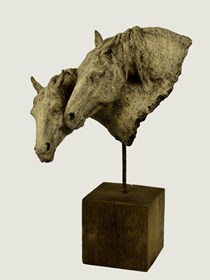 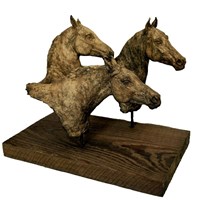 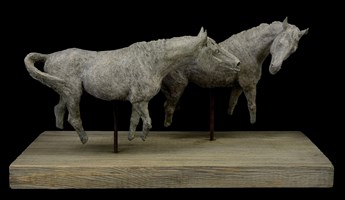 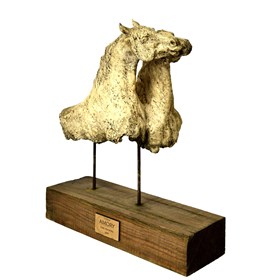 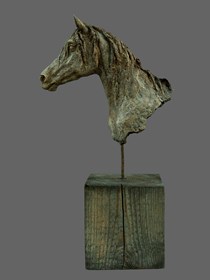 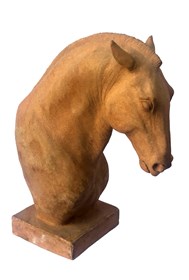 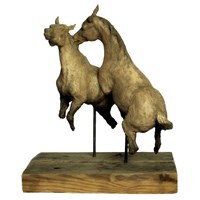 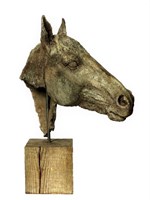 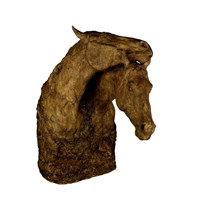 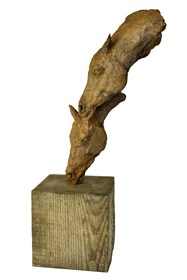 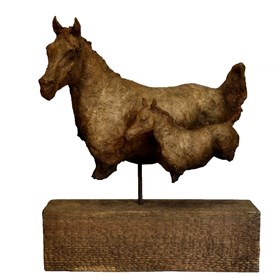 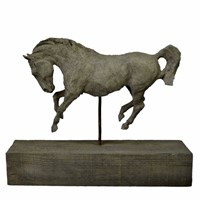 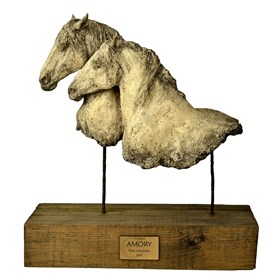 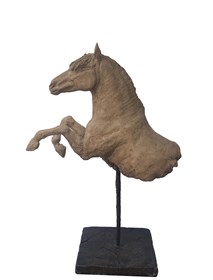 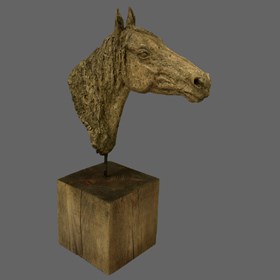 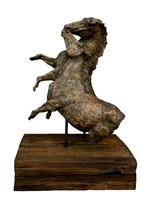 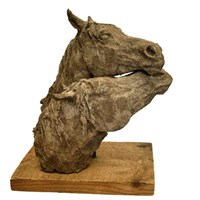 Ewa Jaworska is an artist born in 1979 in Łódź, where she graduated from the Secondary School of Art, College of Theater and Film Technology and the Academy of Fine Arts. She is also a graduate of the humanities faculty in the field of pedagogy at WSHE in Łódź. Professionally, as a decorator of exhibition events, she was associated with the International Łódź Fair, she also worked as an art teacher and participated in restoration works. Since 2009, she has been running his own studio, dealing with painting on sacred subjects (icons) and gilding.

In 2014, she returned to what is closest to her - sculpture and the theme of the horse in art. She makes his sculptures from raw unglazed clay, which she fires to create her ceramic horses. She showed them for the first time at the 3rd Equestrian Art Festival in 2016. Then (the same year) she presented the sculptures at an individual exhibition at the Walewice Palace and in the following years at the 4th and 5th Equestrian Art Festivals. On the latter, from the Polish Horse Breeders Association she received the Michał Wierusz-Kowalski.