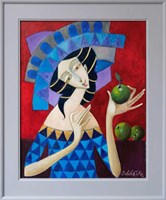 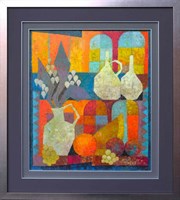 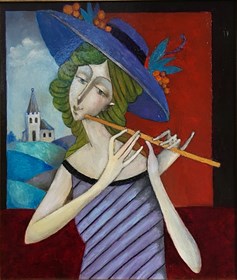 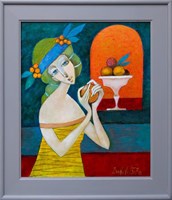 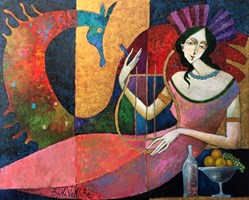 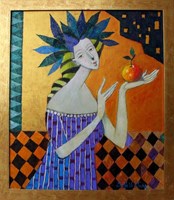 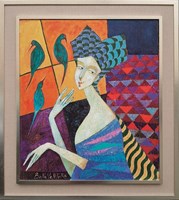 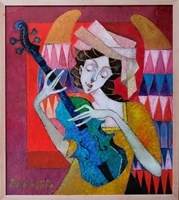 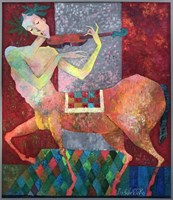 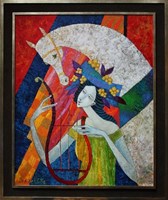 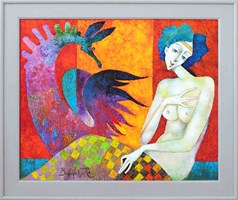 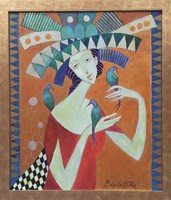 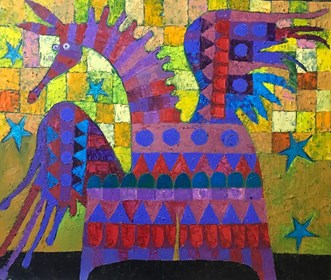 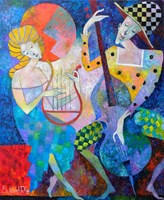 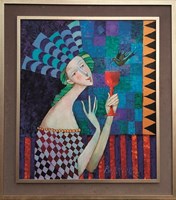 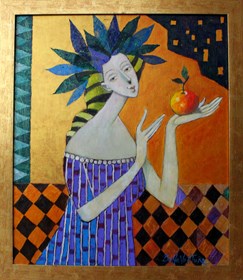 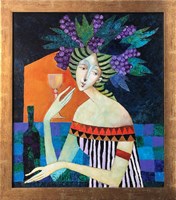 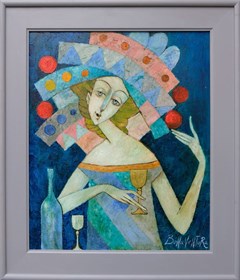 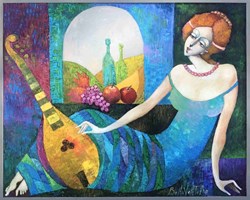 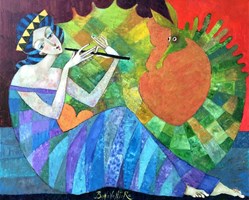 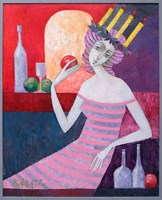 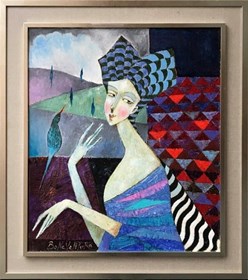 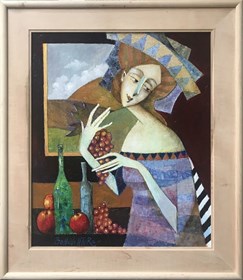 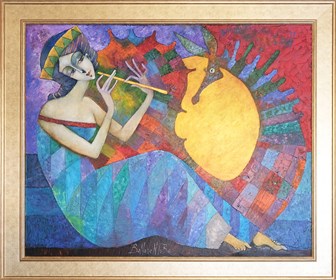 Jan Bonawentura Ostrowski was born in Częstochowa, but has been associated with Warsaw all his life. Here he graduated from the sculpture department at the Academy of Fine Arts (diploma with prof. Tadeusz Łódźana). He also studied painting at the Academia di Belle Arte "Brera" (diploma in the studio of Prof. Giorgio de Giorgia). He practices all fine arts - from painting through graphics to sculpture.

He started painting in the seventies. He made his debut with a large individual exhibition at the 'ART' Gallery in Warsaw. Since then, he has regularly exhibited his paintings in Poland and abroad. In a highly technical world full of violence, people long for a world of fairy tales like never before. Bonawentura's painting depicts this world. In his paintings there is a mood full of peace and harmony. The figures suspended in the skies, unreal, are full of internal warmth and weather. This bizarre and fantastic world is presented in the colors of yellow and red, which makes the image even warmer. The music of the cosmic spheres that surrounds it, the radiation of light and space complement this other dimension that we intuitively sense.