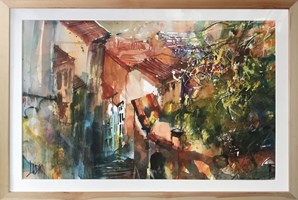 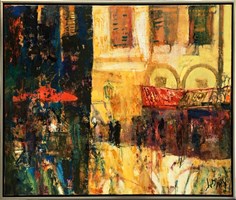 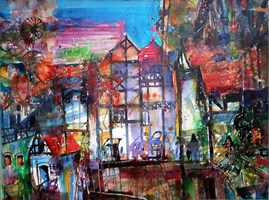 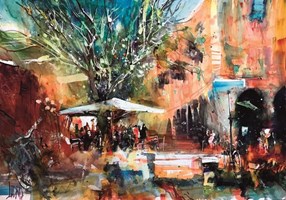 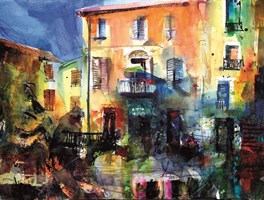 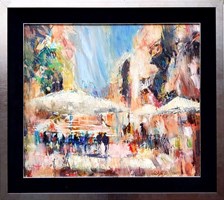 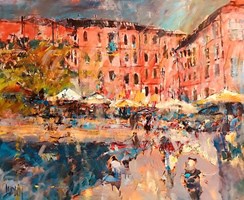 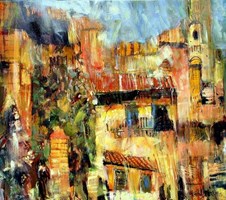 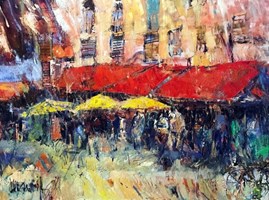 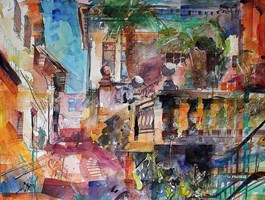 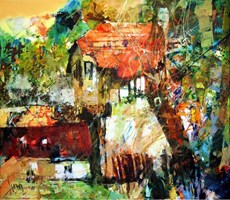 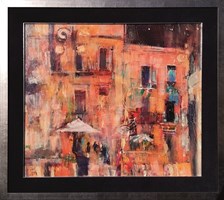 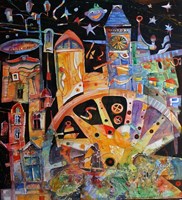 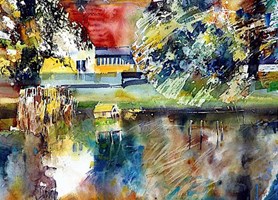 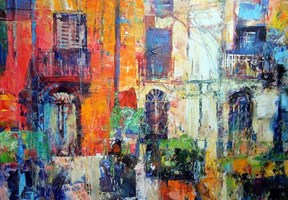 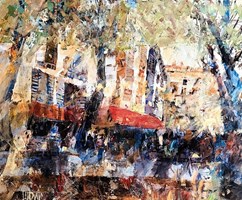 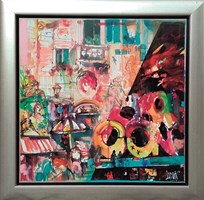 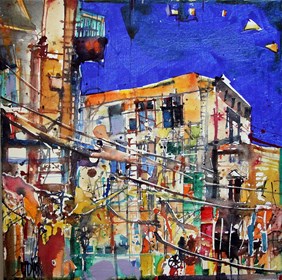 Krzysztof Ludwin was born in 1962 in Krakow. He is a Polish painter, watercolorist, architect and academic lecturer. In 1981-1987 he studied architecture at the Faculty of Architecture of the Cracow University of Technology, and then, in 1987-1988 at the Academy of Fine Arts at the Faculty of Industrial Forms.

"I usually make a pencil or charcoal and chalk sketch to create a studio watercolor based on a black and white drawing. I often use such a painting to make an oil painting. I work quickly, nervously, under the influence of the rhythm of the music seeping from the space behind me. When painting, I sometimes turn off the light if it is evening to control the contrasts in the image. My lifestyle influences my painting. People I meet, everyday trouble, vulgarity, romanticism, melancholy, cynicism, fight for time to paint, for money for paintings, liters of green tea, from time to time alcohol (not as a compulsion but pleasure) self-discipline, tolerance for idiots, soft heart, love for women, their souls and bodies, conversations with fellow painters and architects, artists, exchange of experiences with them, etc."