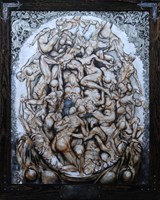 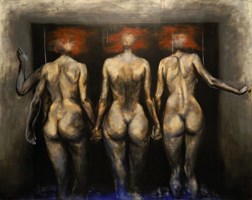 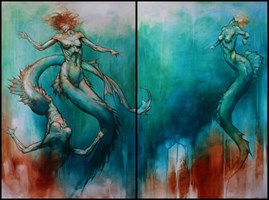 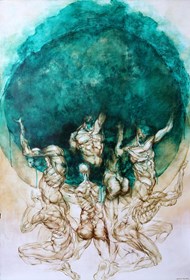 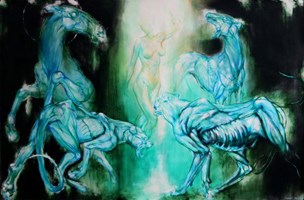 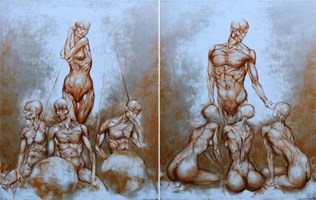 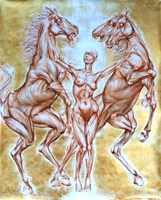 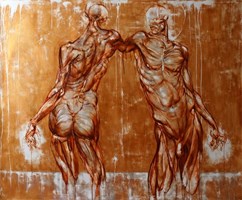 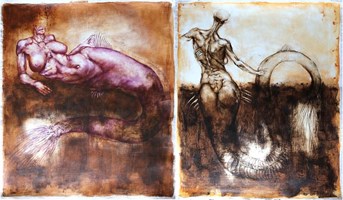 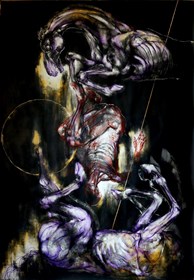 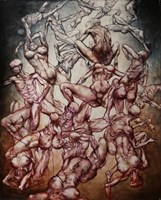 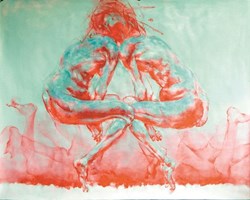 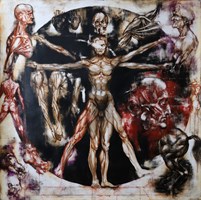 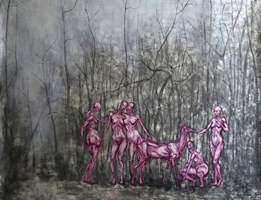 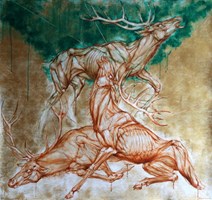 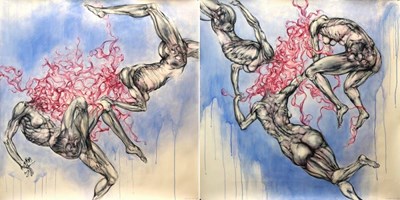 Wojciech Pelc was born in 1984. He is a graduate of the State High School of Fine Arts in Krosno. In 2011 he received a diploma in graphics at the Faculty of Arts at the University of Silesia in Cieszyn in the studio of prof. Eugeniusz Delekta.

In his work, he uses such fields as drawing, graphics, short artistic films, painting, photography and sculpture. In his works, using body representations, he discusses human nature and impulsiveness. Searching for means of expression for a more complete expression of truths about a man, his interior in contact with the environment and other people.

EXHIBITIONS:
Prizes and awards:
2012 - II place in Przegląd Szhotym Filmowych 4'65 '' - Białystok
2012 - Distinction and participation in the 8th edition of the kilOFF Independent Film Festival - Katowice
2011 - First prize for the best experimental film in the 10th Rybnik Independent Film Review RePeFeNe - Rybnik
2011 - Distinction in the competition for amateur film "15,000 frames" - Bochnia
2011 - III place in the 4th Polish Graphic Competition Meidner - Oleśnica
2010 - II prize in the drawing competition "M jak mythologia" at the University of Silesia
2009 - Distinction in the "Limits of Drawing" triennial - Rzeszów
2007 - Distinction for students of the Faculty of Arts in the final annual reviews in the years
2007-2009 Exhibitions: 2016 - Individual exhibition "... With blood and bones" in Galeria pod Plafonem - Wrocław
2015 - Collective exhibition "Podszepty" in Galeria Bohema Nowa Sztuki - Warsaw 2015 - Participation in the collective exhibition "1 Review of the Work of Students and Graduates of A Rt +" - Cieszyn
2014 - Individual exhibition "Skirmishes - Sex and violence in process" at Galeria SAR - Gliwice
2013 - Collective exhibition "Knock Art Festival" in East & West London - London
2012 - Collective exhibition at the Pontifical University - Krakow
2011 - Post-competition graphics exhibition at MOKIS Gallery - Oleśnica
2011 - Retrospective screening of author's films at the Dziupla club - Czech Republic
2010 - Multimedia review at the "Kręgi Sztuki" festival in Galeria Szara - Cieszyn
2009 - Triple exhibition of honored students of the Faculty of Arts at the University of Silesia in the Cieszyn Castle in
2007-2009 - Cieszyn
2008 - Retrospective exhibition in the bunker "Anlage-Sud" - Stępień -Cieszyn
2009 - Exhibition "(S) protect art" as part of the performance art festival in the shelter at the Collegium Minus of the Opole University
2008 - Graphic exhibition at Jazz Klub Pacollolo - Bielsko-Biała
2008 - Exhibition 'Kondycje-Koncepts' in Galeria Szara - Cieszyn
2007 - Drawing exhibition of students of the University of Silesia in the "Epicentrum" gallery - Jastrząb Zdrój
2004 - Postgraduate exhibition in BWA - Krosno
2006 - Drawing exhibition at the "36 and 6" Gallery at the Faculty of Arts of the University of Silesia in Cieszyn in 2006
2005 - Exhibition of paintings and graphics at the Regional Museum of Adam Fastnacht - Brzozowo
2003 - Drawing and painting at the Krosno Culture Center
2002 - Post-competition exhibition for students of art and art schools at the Regional Museum in Stalowa Wola, entitled "Self-Portrait"

Cultural participation:
2011 - Charity auction for the hospice as part of Fasion Art Silesia
2011 at Galeria Szyb Wilson - Katowice
2011 - Participation in the festival for an amateur film "15,000 frames" - Bochnia
2011 - Multimedia participation in the promotion of the V IN OUT FESTIVAL festival
2011 for Galeria Łaźnia - Gdańsk