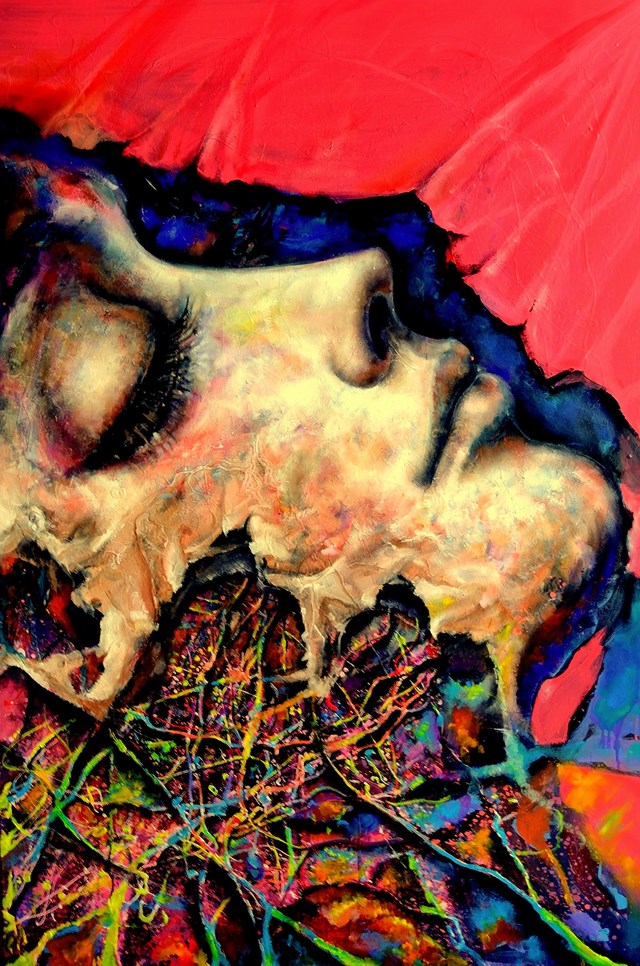 Paintings, Realism, Surrealism, Portrait, Person, Fantasy
$1 910
shopping_cartAdd to basket
Order this item by phone +48 510 211 410<
Ask us about this artwork
I'm interested in artworks by this artist
15 Views

The work was made in the oil technique. It is a type of painting paint, the ingredients of which are linseed oil and pigment. The technique of self-preparation of paints and painting with them requires knowledge, patience (oil paintings take quite a long time to dry) and practice; the effect obtained thanks to them is worth the effort due to the good durability of the image and the luminosity of the colors. Oil paints have a long history which, in the case of Europe, goes back to the 15th century. The first artists to use oils on board were Flemish and Dutch artists such as Jan van Eyck and Rogier van der Weyden, who used the glaze technique (they applied translucent, thin oil layers on monochrome underpainting, enhancing some tones). In the 17th century, the alla prima technique of painting "at once" was fashionable, often mixing oil paints on canvas, applied impasto. Peter Paul Rubens and Diego Velazquez were supporters of this variant.

The author of the work used canvas as a substrate. It is a type of plain weave fabric that is characterized by a wide range of applications. In the case of an art workshop, the canvas acts as a support: it can be stretched on wooden slats to form a stretcher or placed on a board. The painting composition is placed on a previously primed canvas.

The work can be classified as expressionism. Expressionism is a direction in art that appeared at the end of the 19th century in Europe, characterized by strong, exaggerated compositions, hard lines, distortion of the represented world, distortion of the proportions and perspective of the work, the use of unusual colors for reality.

The atmosphere of the painting can be described as spontaneity, which is achieved through vibrating colors and emotional painting and sculptural themes.