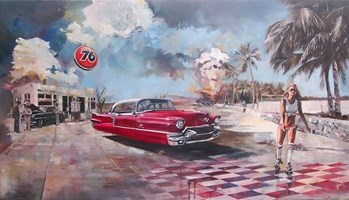 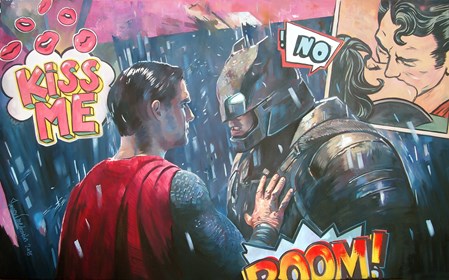 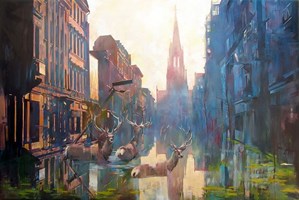 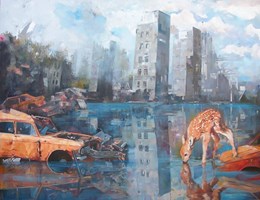 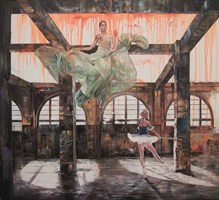 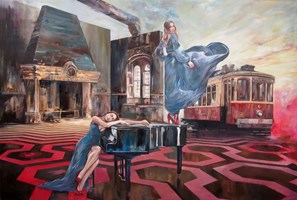 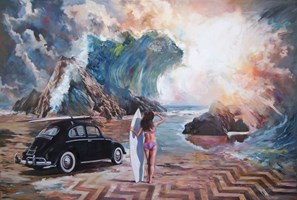 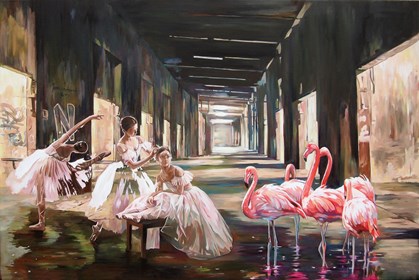 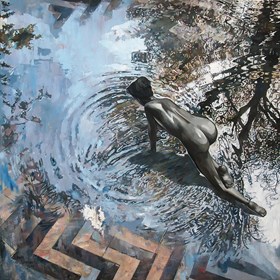 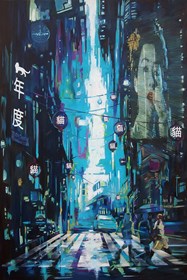 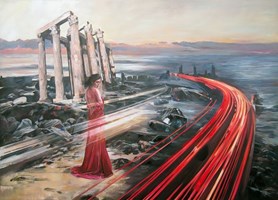 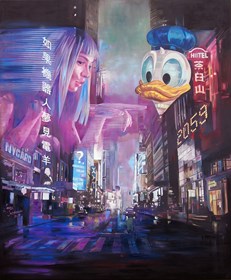 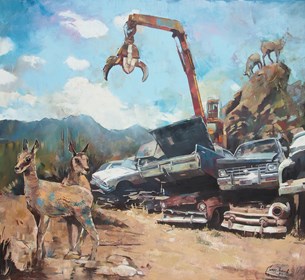 Janusz Orzechowski situates in the world of art whose motifs he draws from pop culture. They are not just migrations, but even artistic sanctioning of these completely commercialized designations and forms. Looking at images The artist has the impression that these surreal and pop-art scenes are an integral part of the modern world. The heroes of collective imagination are somehow incapacitated in the form in which their being, individual personality goes to the background, and the priority is to specify the structured world with their help in his futuristic dehumanization. Janusz Orzechowski affirms the world despite its deconstructing - it dynamizes twisting entropy logic. At the same time, he extrapolates humanism that reaches the limits of possibilities, and dissociates itself from metaphysics and transcendence for hedonistic, even frantic dissolution in celebrity clichés. The artist's works even demonstrate alinearity, ironically unmasking the hermeticity and unpreparedness of his contemporaries people to the informational noise they generate. The trends of self-destruction of the post-modern world are created not only by form, but also by color and composition disharmony. One can say that Janusz Orzechowski, by deconstructing the palette - builds it from scratch; protest against the harmony of colors - he exemplifies his own. The artist can - entangling in color cacophony, a performative image of modern landscapes and metropolises in which everyone is both a director and an actor, creator and created, or even (to use such a bold term) waste and cleaning at the same time - to be included in customs, subjective staff. Perhaps this is the way of thinking - out of the box - associated with a kind of surreal theater Mundi is necessary to anticipate social and technological change in art.