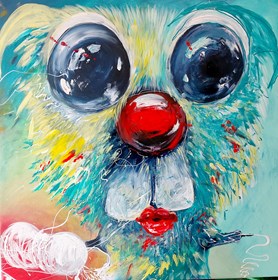 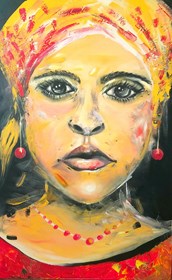 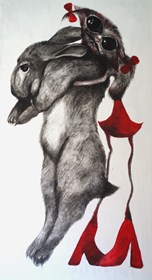 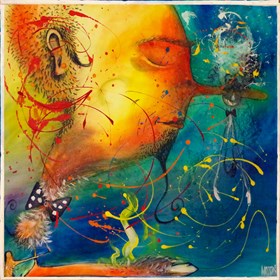 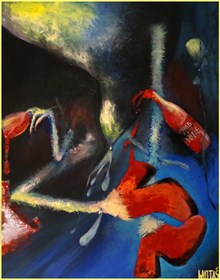 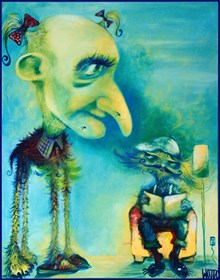 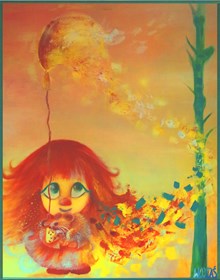 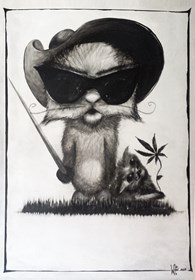 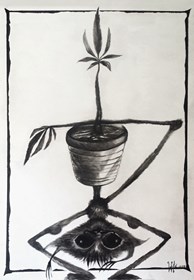 Justyna Wojtaś was born in 1993. She is a graduate of the Faculty of Architecture of the Wrocław University of Technology. In January 2016, she completed her studies with the title of architect engineer. She never liked these studies, she doesn't know why she studied it. Art was with her all her life. She was just wrong. It happens. In October 2016, she entered the Academy of Fine Arts in Wrocław and began her artistic adventure by starting her master's studies at the Faculty of Graphics and Media Art. Within a few months, she got to know a lot of tools thanks to which she is able to express her art today, and she is especially fond of painting. In August 2016, she undertook an order to paint a large-size picture in a high-class Swiss restaurant. The successful implementation prompted her to start painting pictures on the Polish, German and Swiss market. Laureate of the competition for the Faculty of Graphics and Media Art of the Academy of Fine Arts in Wrocław, organized by insert S.A. He is also interested in film, working in the Czech capital in one of the largest film post-production studio U.P.P. in Europe. gdie deals with image composition and background creation for world-class movies. Briefly about what he creates: In art, he pays a lot of attention to people and the values ??that guide him to be happy (because this is probably what we mainly strive for). As she has visited a large part of Europe traveling alone by bike - she met a lot of people, different personalities. She also discovered her personality, her fears and weaknesses. Being alone with herself, she had a lot of time to find out what she cares about in her life. Each person they met had different goals, dispositions, and views on life. Some of them never left their village and had no idea about the enormity of the world around them - they had very limited observations, well-known patterns. Others are open-minded, eager to discover new things, aware of their abilities, emanating happiness. I regret very much that she did not record her thoughts while driving, because there were so many considerations that when returning to everyday life, man no longer remembers. With her art, she would like to keep people for a while. Press the stop button to let him wonder if what he is doing is really important to him and makes him happy. She paints because she feels a great need to pass on art, beauty, goodness and optimism that has always dormant in her. "I just naively want to believe that what we want is possible if we really care about it."