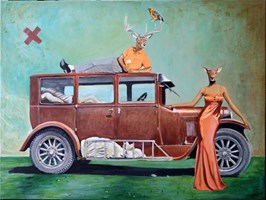 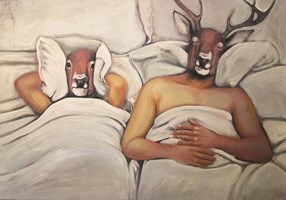 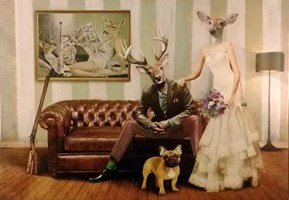 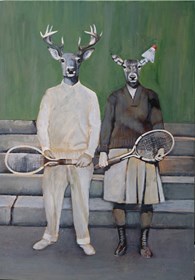 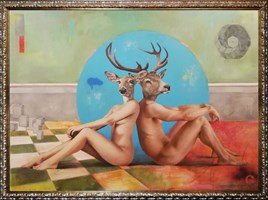 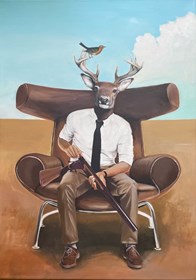 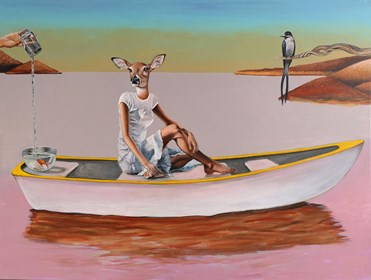 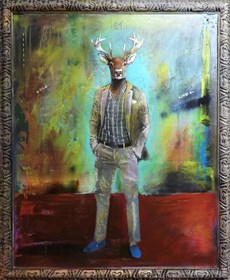 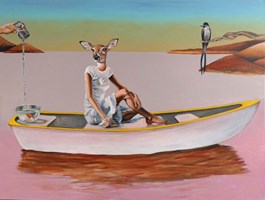 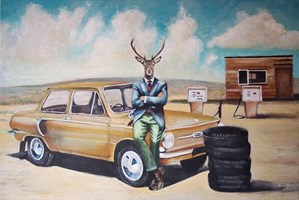 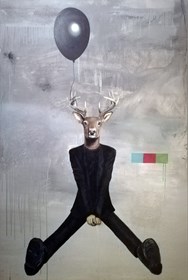 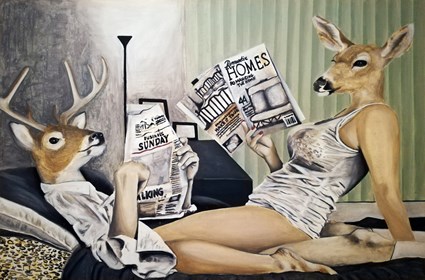 The artist was born in 1986. From an early age, he creates artistic works. He was educated at the Warsaw European Academy of Arts, where he had the opportunity to improve his abilities under the guidance of outstanding Polish artists such as Franciszek Starowieyski and Antoni Fałat. In 2010 he completed education in graphic design. Although at first he was passionate about graphic forms, soon it became the canvas and paints that became his means of expression. The artist's painting comes from graphics - Lech Bator creates painting collages made on canvas, juxtaposes realistic landscapes with unreal figures of half-humans - half-animals.

He likes to play with conventions, mislead the viewer, intrigue. He uses widely recognized symbols, he also likes comics and graffiti. He often repeats the deer motif in the rut. This symbol of the painting kitsch in this artist is placed in unreal space. The specific characters from his works seem familiar, and the subdued colors of the canvases evoke nostalgia and build a dreamy mood.