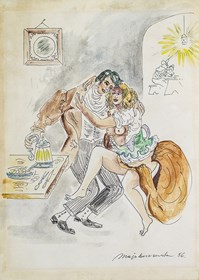 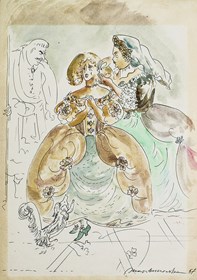 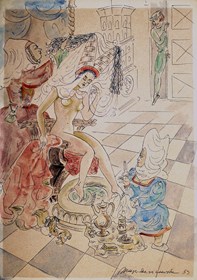 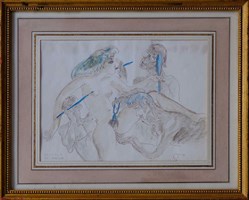 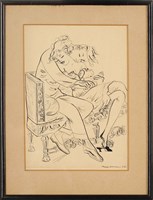 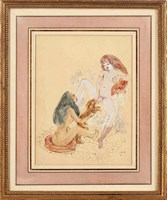 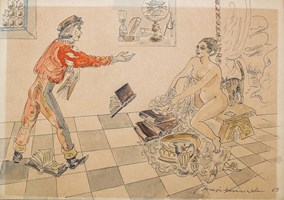 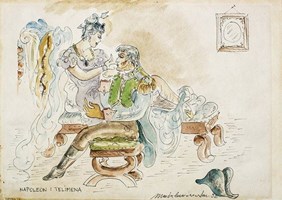 Maja Berezowska, or Maria Berezowska, the artist under the pseudonym Ditto lived in the years 1892-1978. She was a Polish easel painter, caricaturist, graphic artist as well as stage designer.

Her first solo exhibition took place in Kiev in 1916. Until the outbreak of World War II, her drawings, caricatures and illustrations could be seen in magazines such as "Szpilki", "Cyrulik Warszawski", "Szpilki" and Lviv "Szczutek". After the war, she continued working with the first of these magazines. She continued her intensive cooperation with "Szpilki" also after the war, until the end of the sixties. In addition, Berezowska's drawings could also be admired by readers of 'Teatr', 'Nowa Kultury' and 'Przekrój'.

During the communist era, the artist illustrated several volumes - first of all poetry and satire collections, but also a chess book or short story by Ludwik Niemojowski and the novel by Wacław Berent.

The catalogs of her artistic exhibitions have been published as separate publications, including in 1947 and 1950. Only after her death in 1978 did monographic publications of her works begin to appear.