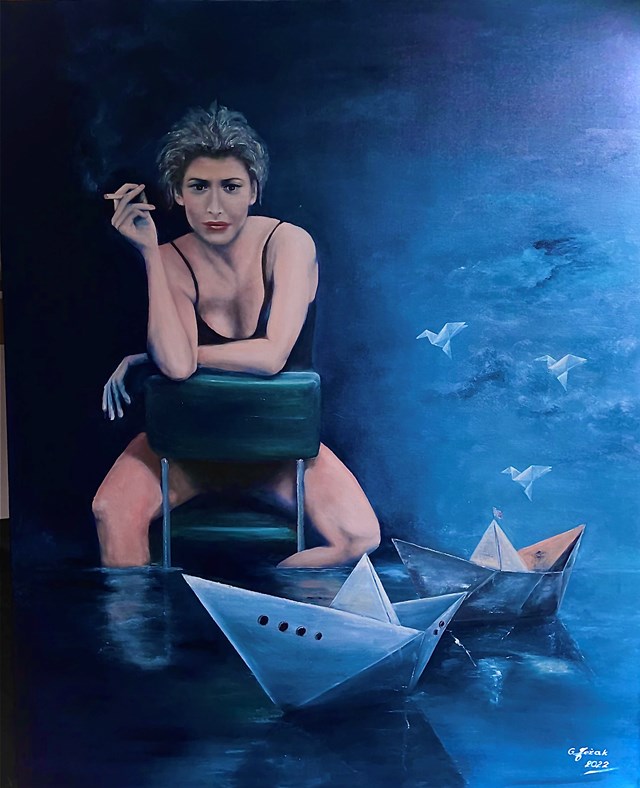 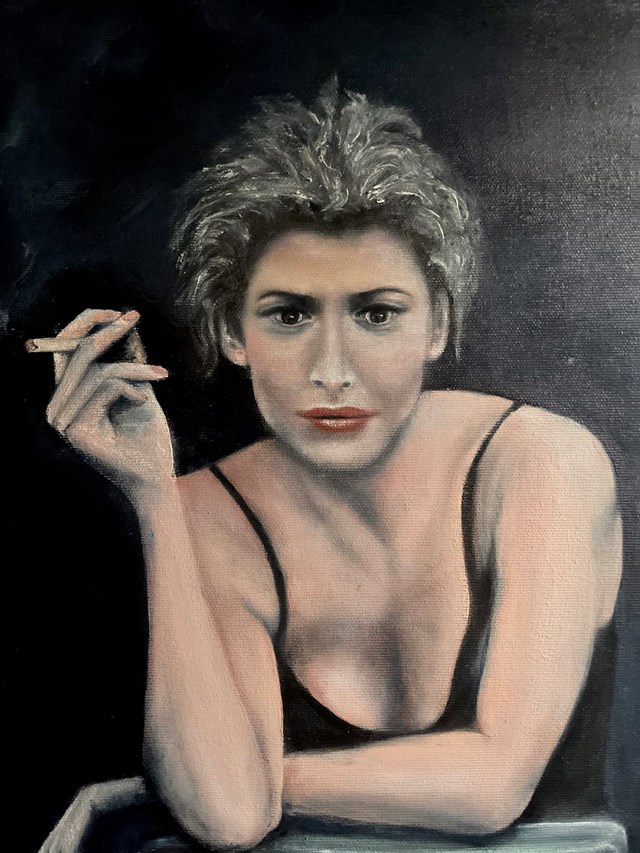 "The meaning of life" oil painting on canvas, 80x100. A beautiful woman in the so-called middle-aged. At first glance, she seems to be a confident person, someone who has made a career and is doing very well financially. After a while, she notices that the woman is troubled by something, wonders about the meaning of life, she looks at floating paper ships, flying paper swallows, which will fall down unknown where. Until now, the heroine of the painting seemed to have control over everything. He concludes that perhaps She is also drifting aimlessly. The best years are already the past, the present discourages them, and in the future she will become a "transparent" woman, whom people will not look at with admiration, envy, and men will become indifferent.
This picture is remarkably "insidiously cruel". I showed the passing of time, to the detriment of the protagonist and the standing water, as if it was stuck in her forever