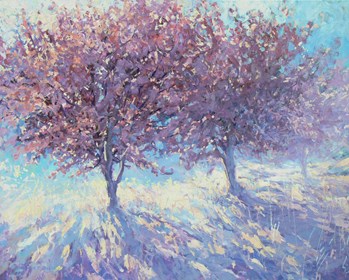 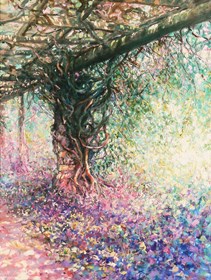 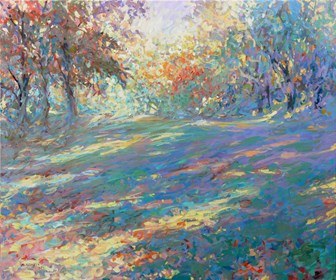 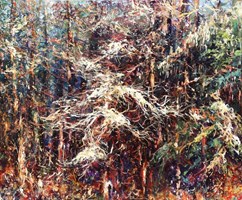 Mariusz Kałdowski is an artist born in 1962. In 1987 he graduated from art studies at the Academy of Fine Arts in Krakow. He is a painter, draftsman and graphic artist. He has had over 300 exhibitions. In 1996-2014 he lived, worked and exhibited in Great Britain, and in 2002-2013 he was an artist-in-residence at London's Regent Park. Since 2009 he has been working with the British National Trust as their artist painter for the South East of England. He also painted a series of representative gardens of North Wales.

His artistic portrayal of nature has received numerous awards, including: The Artist Magazine's 2006 First Place and Editor Award, as well as awards from Windsor & Newton, Pro Arte, Caran D'ache, Royal Talens and others. In 2000, he received the award for "The best captured spirit of Holland Park". In 2006 he received the main prize from the Nina Hosali association "Free Painters and Sculptors". He was chosen artist of the year several times in English galleries with which he has been cooperating for many years.

The artist paints not only landscapes. In 1993/94 he realized the project of painting 30 portraits entitled "Velis Passis". It was then that he met and portrayed exceptional people (authorities) who had an enormous influence on him with their work and creativity. Jerzy Prokopiuk called these portraits "landscapes of the soul". In the introduction to the catalog of the "Velis Passis" exhibition at the Palace of Arts in Krakow, Ryszard Kapuściński emphasizes "the unity of color of the paintings, perfectly captured balance, harmony and harmony of colors". He sees the influence of impressionism, but enriched with movement, reflecting the rush and enormous pace of life of modern man.

In 1997, he painted a collection of 40 portraits of significant figures of the London emigration, these paintings are presented in the Museum of Diplomacy in Bydgoszcz. Apart from that, he still paints portraits of the more important ones: Sir A. Panufnik, Feliks Topolski, F. Bacon, L. Freud, B. Britten, R. Vaughan Williams. He also paints portraits to order - he was, among others, the 'court' portraitist of the Olsen family (owners of the Fred Olsen Cruise Liners).

The second, very important for Kałdowski, part of his work is his love for classical music and immortalizing this love on huge canvases, which become part of the musical spectacle. In 2000, he painted the 22-meter-long painting "Four Seasons, Four Seasons of Life", which was shown many times during the concerts of the Polish Radio Orchestra "Amadeus" conducted by Agnieszka Duczmal. These concerts were regular, they were filmed and shown on Polish television. They were also presented during the concerts of the Toruń Symphony Orchestra conducted by Piotr Sułkowski. Mariusz painted four additional parts, which are an illustration to Piazzolla's variation of "Four Seasons".

On a special request for the celebration of the Chopin Year in 2010, Mariusz also prepared a huge Chopin triptych (1.5m x 6m), which is shown during recitals by outstanding pianists, including Paleczny, Kenner, Blechacz, Wakarecy. Konstanty Kulka, the Prima Vista Quartet, Barbara Drążkowska, Izabela Buchowska, Agnieszka Panasiuk and many other musicians in Poland and abroad played with Mariusz's paintings in the background. He also painted a series of huge paintings illustrating "Pictures at an Exhibition" by Mussorgsky (2m x 7.8m). These two forms - classical music and fine art complement each other creating a spectacle of a musical image.

The last work is a painting interpretation of B. Britten's Variations on a Theme of Frank Bridg (1.5m x 8m), which will be presented in October in Poznań along with a concert at the 50th anniversary of the Amadeus orchestra.

At the same time, during all these years, compositions drawn with a pen on paper are created. Despite the traditional drawing technique, Kałdowski looks for his way. He uses a variety of papers, texts and colors. The drawings are very expressive and deeply conveyed. They are like notes that are closest to the artist's heart.

Despite the fact that he still exhibits in Great Britain and collaborates with local organizations and galleries on various artistic projects, he decided to move his creation to Poland, returning with his wife, also an artist, in 2014 to Poland to Orneta in Warmia.