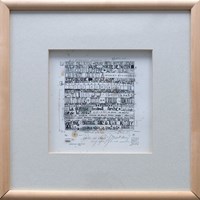 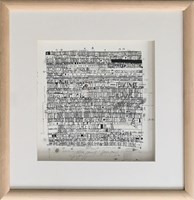 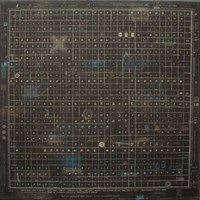 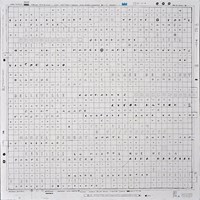 The artist was born in Łódź in 1973. He graduated from the Academy of Fine Arts in his hometown. Since 1999 he has been an academic teacher at his home university. His creative activity focuses in the area of painting and drawing.

METRO is a series of paintings and drawings initiated in 2012. In these works, the interpenetrating phrases of the text form sequences of meaning that refer to the names of stations and the lines of the Paris metro. Subdued colors and sometimes monochrome compositions are an attempt to record the emotions accompanying the artist while wandering the underground world of Paris. METRO is his personal notebook.

The premiere exhibition of the METRO series took place in Alliance Française in Łódź in 2013. The next page views are:
- International Biennial of Painting and Unique Textile at the Gdynia City Museum,
- the Beaujolais Nouveau celebration under the patronage of the Alliance Française,
- individual exhibition at Galeria Olimpus in Łódź,
- individual exhibition as part of the French Embassy in Poland project - 'More French in Łódź'.

Works from the METRO series are in private collections in Poland, France, Germany, Belgium, the Netherlands, Switzerland and Russia